All Collections
My application
Farming
How do we calculate the water balance?

How do we calculate the water balance?

Parameters of the water balance, caculation, soil and rainfall influence

To calculate the water balance, we are using several parameters depending on the soil and the rainfalls.

To calculate the TAW (Total Available Water) we are taking several parameters into account:
1. The soil type

3. Stones percentage in the soil

Thanks to Rawls and Saxton equations we can calculate the Total Available Water in the soil from soil composition in terms of clay, sand, silt and organic matter.

These formulas provide two essential values; the field capacity and the wilting point. The difference between these two values is the TAW. Then, in order to reduce this value to a volume of soil explored by the roots, this first theoretical TAW value is multiplied by the root depth.

Stones are part of the soil but do not contribute in the same way to water retention. That’s why, at Sencrop, we take in account the percentage of stones in the soil to recalculate the TAW according to the real part of the soil that can contain water.
The result of these calculations is shown on the y-axis of the graph.

➡️ About Rawls and Saxton equation

The rainfall shown in the report is the one registered by the Raincrop (same as the one displayed on the Dashboard).

However, in the calculation of the water balance we are only taking efficient rainfalls into account. 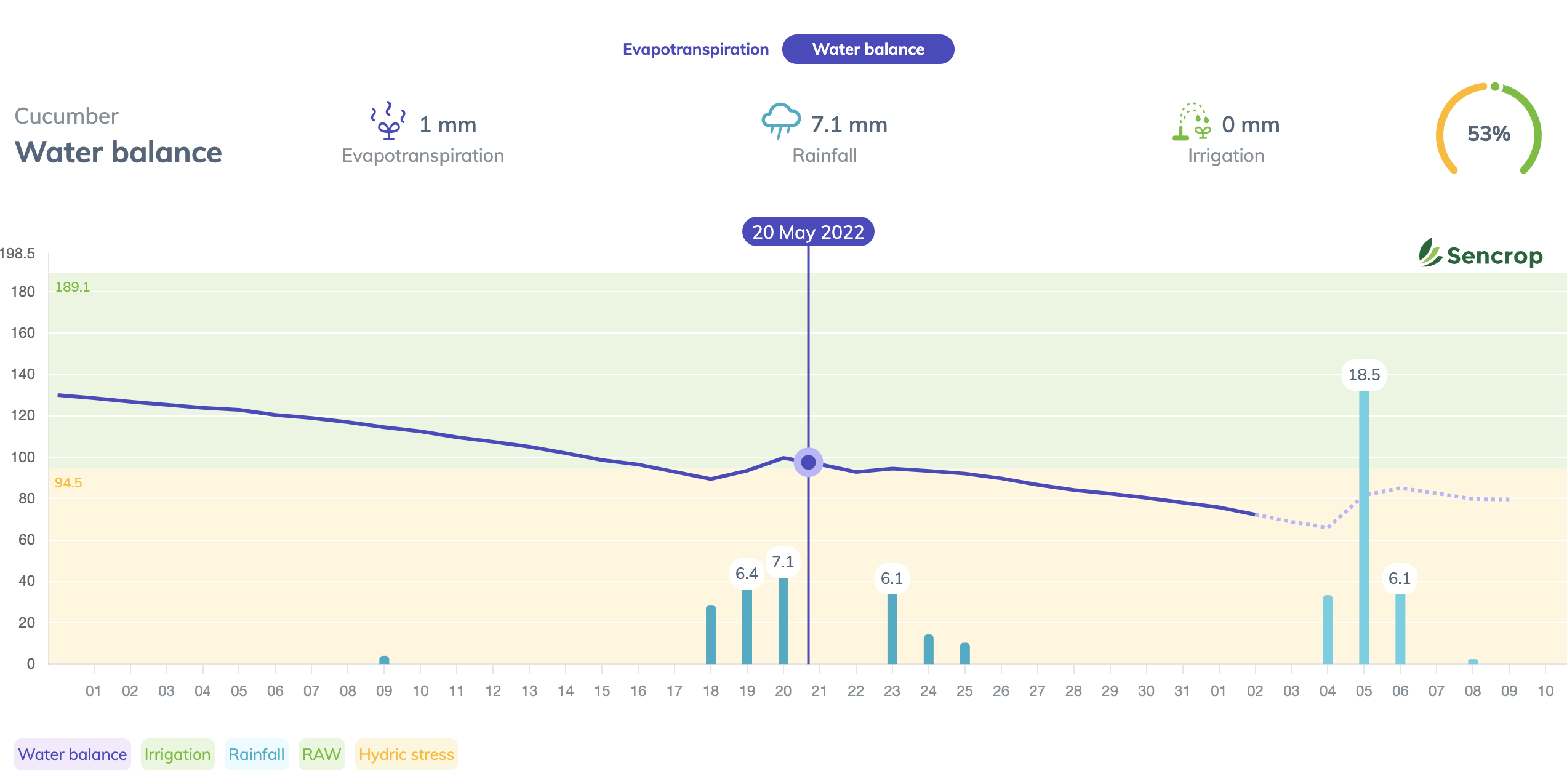 Different rules exist regarding efficient rainfalls (the ones that actually reach the roots of your crops).

We use the ones implemented by the FAO:

For the months of June, July, August, September:

We considered an isolated rain the phenomenon that is not repeated in the following 24h. The continous rain is considered when it is repeated at least, every 24h.

For all other months:

When does my water balance start?

By default, the start date of your water balance is set on January 1st.

However you can change the start date of the water balance directly in the app.